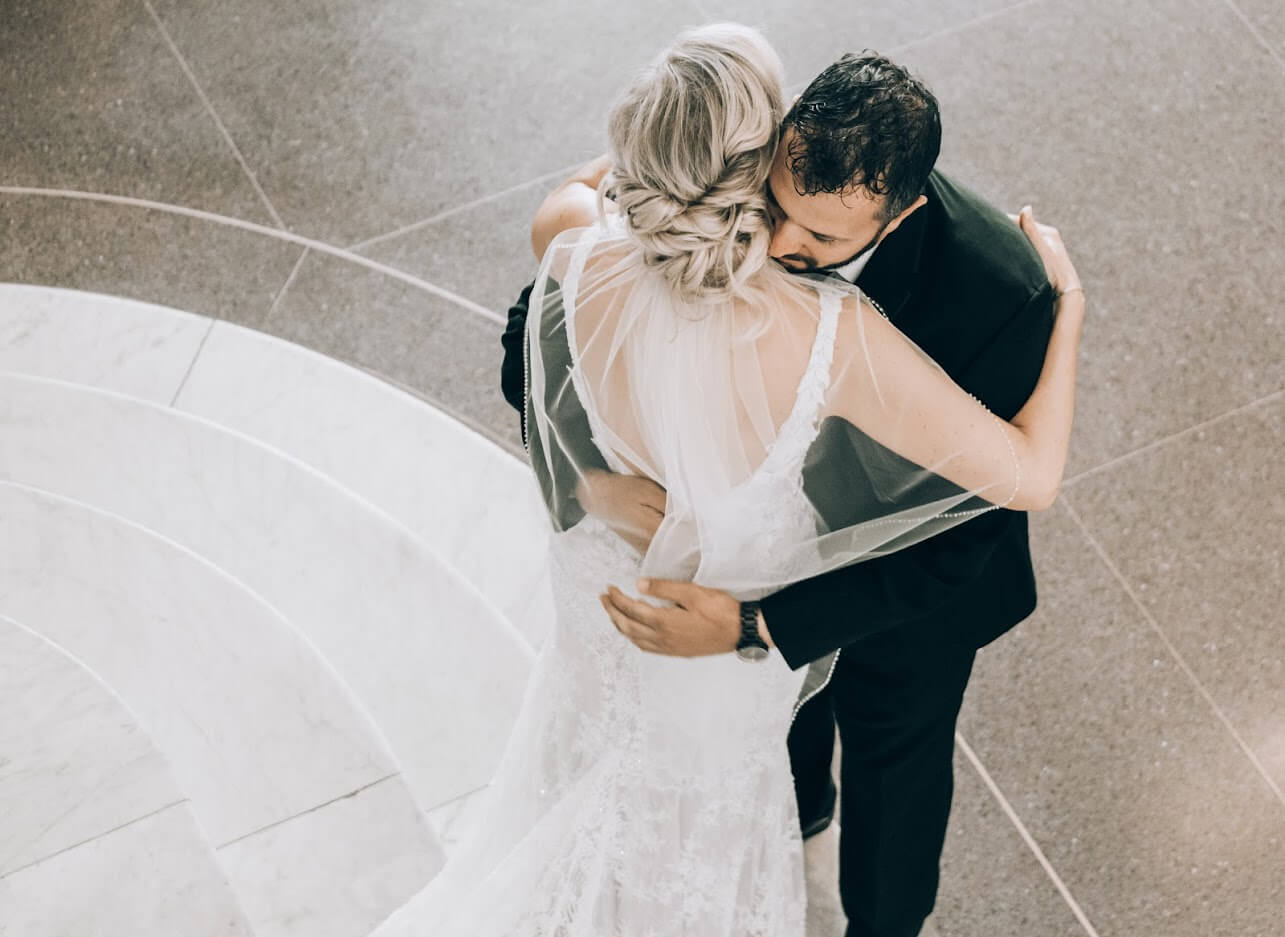 There are many Western wedding traditions that are still going strong from the olden days, like the classic white wedding dress, wearing a ring on your left hand, or cutting the wedding cake. Along with these traditions comes a very well known one that is often overlooked in the planning process: the wedding march.

You have most likely heard of the wedding march plenty of times before, but there are many unique factors that come from this tradition. For example, did you know that the wedding march gained its roots from a famous royal wedding or that prior to the wedding march, any music was strictly reserved for the wedding reception only? It is kind of crazy to think about seeing how much couples today put thought into their wedding ceremony songs and how big of a deal it is in modern weddings to pick the right song.

To help provide a little more insight into the whole wedding march thing, we are here to give you a small history lesson along with some inspiration for choosing your own music for the processional and recessional. You are guaranteed to have an incredible wedding march!

What is the traditional wedding march song?

So, where did “here comes the bride” originate from? The name of the traditional wedding march was written by the German composer Felix Mendelssohn and is straightforwardly called the ‘Wedding March.’

‘Wedding March’ actually came from a life on stage. Felix Mendelssohn wrote the piece of music we now acknowledge as the ‘Wedding March’ for an 1842 production of Shakespeare’s A Midsummer Night’s Dream.

Along with the ‘Wedding March,’ a common song that accompanies it is the piece called ‘Here Comes the Bride’ by Richard Wagner that he wrote for his 1850 opera called Lohengrin.

Now to delve into where the songs got their royal origin. When the oldest child of Queen Victoria, Princess Victoria Adelaide Mary Louise, and her groom Frederick William IV were getting married, she selected these two songs. On their wedding day, the 25th of January in 1858, at the beautiful Chapel Royal at St James’ Palace, the songs played as the princess walked to the altar.

Prior to this royal wedding in 1858, music was typically played only at the wedding reception. Due to the princess’ love of opera, she decided to set her unique ceremony to the music of Wagner and Mendelssohn. She started this wonderful trend of the wedding march, and now couples use music at their own weddings.

Do you have to walk down the aisle to the Wedding March?

No! You can walk down the aisle to whatever you want, but if you are a strict believer in tradition, then go for it. There are also plenty of modern or alternative wedding march songs that can better suit different brides.

What songs do brides walk the wedding march to?

Outside of the brides who choose ‘Here Comes the Bride’ and the ‘Wedding March’ for their wedding processional, many choose to use music that has a personal tie or connection to them and their relationship.

This moment should be like any other moment of your wedding, exactly how you want it. It is your day, and it should be your way. The only thing that we recommend thinking about is the pace of the music you select as you will be walking to it and want it to have a nice walking pace. Ideally, you’ll want to be able to fade the song out at a good moment just as you reach the top of the aisle. You should consider this when you are timing your walk and the music and listening to potential songs.

If you are having a musician, it is worth asking what works well with them. Some songs really work best on certain instruments like the guitar or the piano. You will want to work with your musician to figure out how you want your song played and what tempo it should be played at. Maybe a combination of recorded music along with a live musician can be used to get the right effect with your choice of music.

One more thing to note is sometimes the location of your wedding ceremony can have an impact on the kind of music you can and can’t use. For example, some songs with religious references may not be permitted in some chapels, so you might want to use an instrumental version.

What is the right processional order?

If you are wondering, “who walks down the aisle and in what order,” we have the answers for you! One of the major highlights of a wedding ceremony is always the bride’s walk down the aisle. However, there are a couple more important members of the bridal party that you will want to think about as you plan out your processional order and wedding march. For example, think about the mother of the bride, the entirety of the bridal party, and even the officiant prep before the bride makes the grand entrance.

Depending on the type of wedding, your processional order can look very different from others. Here is a quick breakdown on who should walk down the aisle and some key moving pieces to think about to ensure your wedding march goes as smoothly as possible.

Outside of the actual processional order of the wedding march, the people involved in the process can vary depending on the type of wedding service in relation to religion. For example, Jewish and Hindu ceremonies include more family members in comparison to a nondenominational or Christian wedding ceremony. Jewish weddings include both parties’ grandparents whereas, for Hindu weddings, the bride’s parents are more involved in the processional as they sit with them during the ceremony.

First, the officiant can be a family member, friend, or really anyone that is ordained to perform weddings. They will be standing at the altar, and this marks the beginning of the processional.

Finally, the bride may be escorted by their mother, father, or both, depending on her choosing. They also may choose to not have an escort at all. That is the beauty of nondenominational wedding processionals as they are super customizable to what you feel most comfortable with.

How long does a wedding march typically last?

A wedding processional usually lasts somewhere between three to six minutes, but this greatly depends on the number of people taking part in the ceremony. The bride’s walk should be the main focus of this part of the wedding and can take up the longest time, so make sure to plan for that.

Now you know the origins of the wedding march and the many ins and outs of the processional. Whether you decide to go with the traditional music or branch out to something more modern and eclectic that resonates with you, we know your entrance will be absolutely royal wedding-worthy.

Sorry, the comment form is closed at this time.

Created for the purveyors of elegance and style... On our blog you will find inspiration, fresh ideas and useful tips on how to organize your dream wedding, engagement party, corporate event, or elegant get-together. We will be there for every step you take.