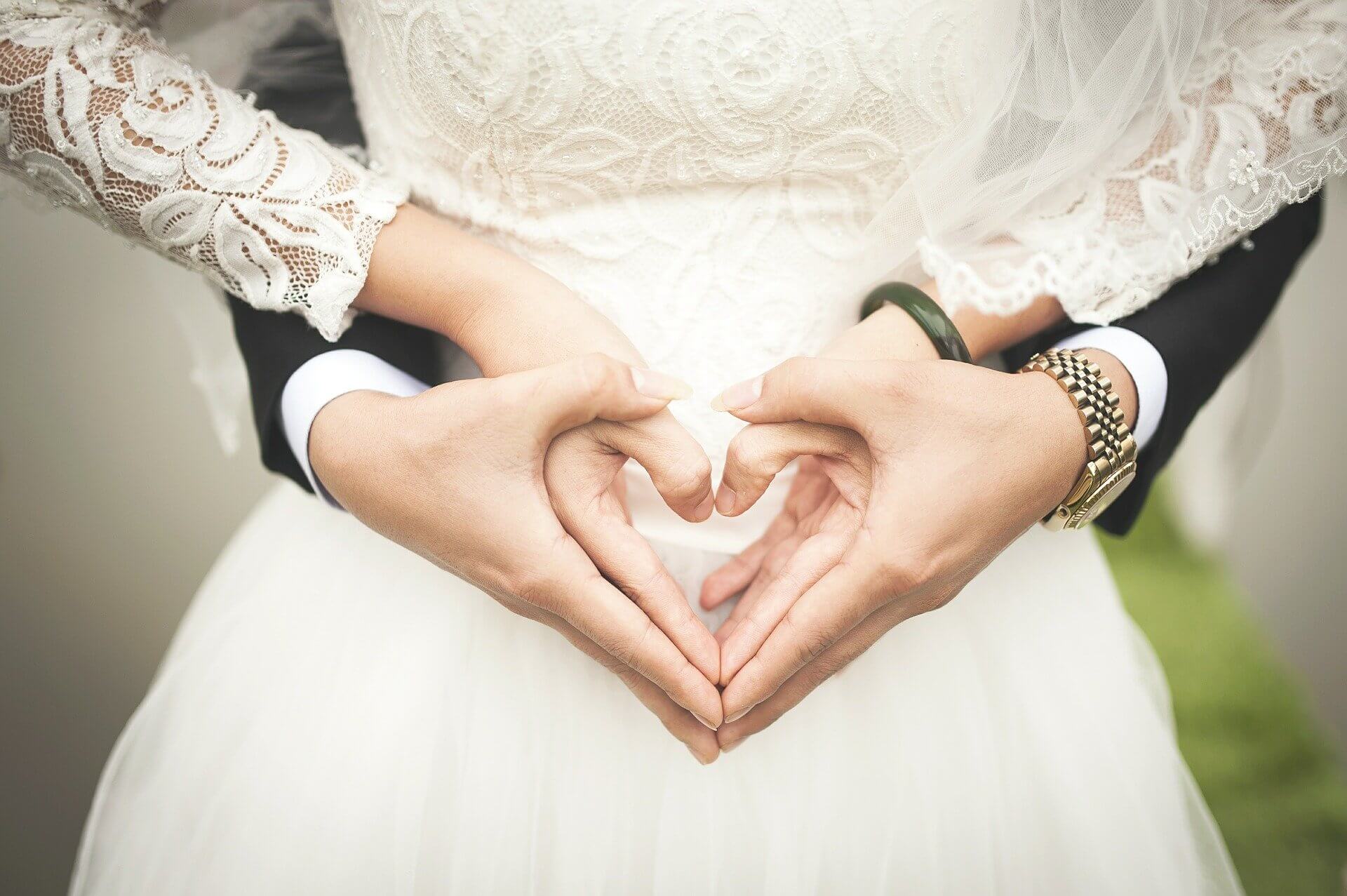 Your wedding will likely be the single biggest party you ever throw for yourself.

Many of us grow up daydreaming about what their day will look like – A vision of ourselves glowing on a perfect day. What will your wedding party look like? What will the venue look like? Is it indoors or outdoors? The date you choose for the big day will definitely play a big role in how it all pans out. Would you rather have a wedding on the beach at sunset or take your pictures in front of a beautiful blanket of fresh snow? It’s all a very personal choice, but you are also trying to get people to attend, so maybe don’t go too crazy. If you are undecided, let’s take a look at some of the most popular wedding months to see what they have to offer. 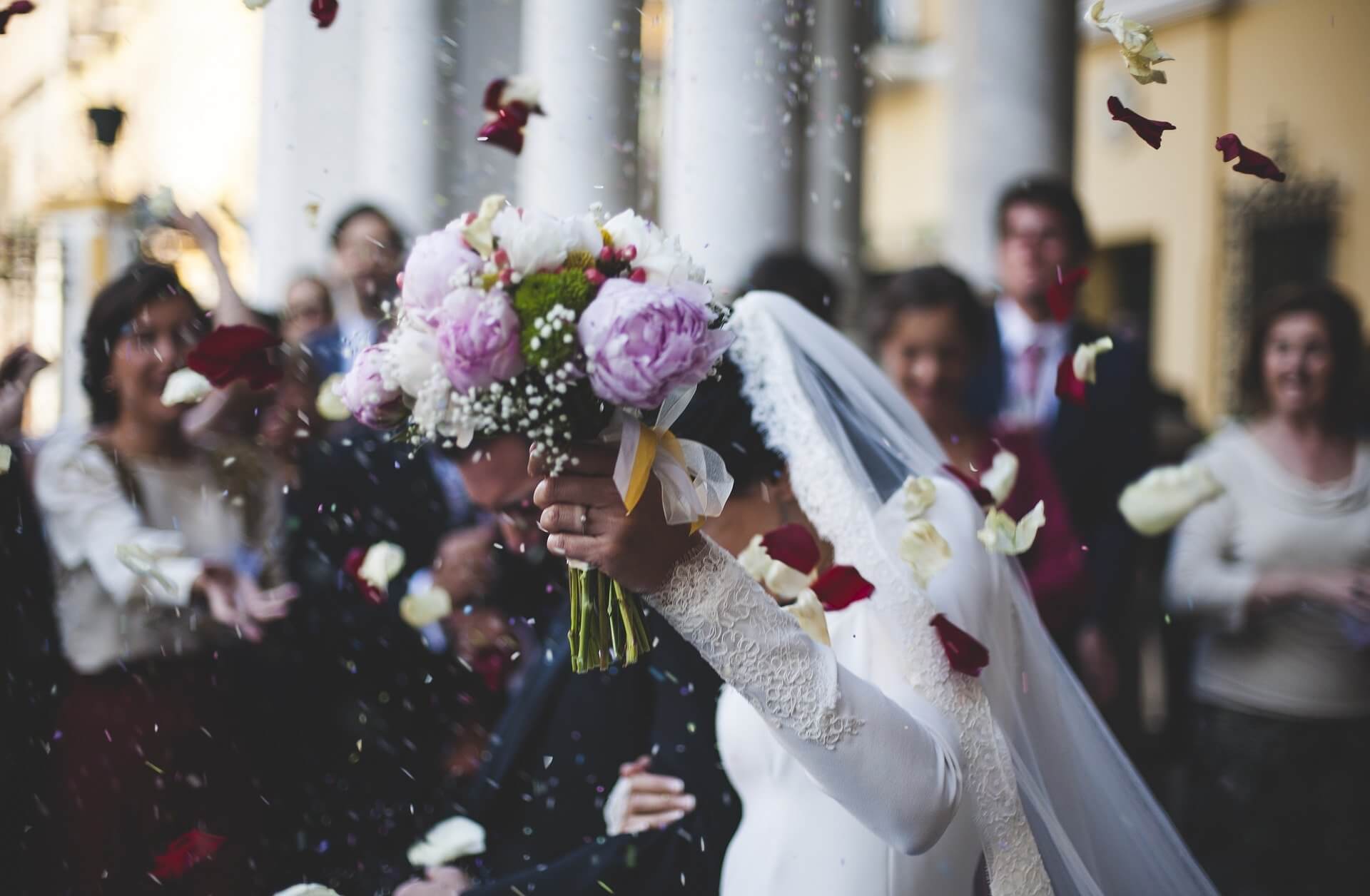 The most obvious reason we might choose one month or another has to do with the seasons. June, September and October are typically thought to be the three months with the mildest weather, and you may find one of these choices to be the best month for an outdoor wedding. The last things you want your guests to do are sweat through their shirts or freeze their toes off. There’s little question as to why they are among the most popular wedding months. They are the perfect reflections of fall and summer, the most popular wedding seasons. Here are the top five wedding months, and a little bit about each.

May is the epitome of spring. The last chances of frost have faded, and the landscape is bright, vibrant green. You can see the renewal happening all around you. It just feels right for a wedding. The season also reflects well on your floral arrangements. Another thing to remember is that May falls outside the peak season, so you may be able to save some money.

June is one of the most glorious months of the year. Summer officially starts at the end of the month, so most of it is still technically spring. The temps are just starting to fall into the range of summer heat, but it’s typically cooler than July or August. Summer is the second most popular season for weddings, and June is the most popular month of the season. It is also named for Juno, the Roman goddess of marriage. Sounds like a winner.

It can be easy for people to swing a wedding vacation in August. Kids and people who work in education typically have the month off, and if your wedding is in a favorable climate, people may want to escape the heat. August is the luckiest month to get married in some Chinese-speaking countries, because the pronunciation of the character for the number eight sounds very much like the character for wealth, fortune and prosper. August 8th, the eighth day of the eighth month, is considered to be an especially lucky date. If you’re on the East Coast, however, remember that the peak of the Atlantic hurricane season begins now.

September brings the long awaited break from the heat of summer. Fall is officially on the brink. The weather tends to be warm and dry, and is a welcome arrival to those who dread the sweaty season. It’s a great choice for those looking for warm days and cool nights. You may even get some changing leaves later in the month. Keep in mind, though, the shorter days mean you need to time photos accordingly.

It appears that people love to get married in the fall, and they love October most of all. The décor of the season makes for very popular wedding themes. October brings the chilly weather that allows everyone to dress to the nines without feeling stuffy. What’s not to love? It also tends to be a little cheaper to get married in October than in September, so you can either save a little more, or go a little bigger!

The rest of the year

Now that we’ve gone over the most popular months, there are plenty of reasons to pick months in the wedding world’s off-season. If you’re planning a wedding on a budget, January, March, April and November might be good picks. You’ll find increased availability and lower prices during these months. Winter months bring with them the possibility of new snow that can add something very beautiful to your plans. Spring months smell like a brand new season. While the weather can still pack a punch and make outdoor weddings tough, each month brings the possibility for gorgeous weather.

However, each comes with potential downfalls. If you have a lot of guests traveling in from out of town, November can be a busy travel month. Although, recent studies have shown that those who marry in November are happiest in the long run. If you’re superstitious, April may be unlucky, because in many Chinese-speaking countries the character for four is pronounced similarly to the character for death. April may also bring showers.

At the end of the day, no one can predict the weather, and superstition may or may not amount to a whole lot. Whichever month you ultimately choose, you’ve got to think to yourself, “it’s my wedding month. What am I looking for?” If you answer that question honestly, you can’t go wrong.

Sorry, the comment form is closed at this time.

Created for the purveyors of elegance and style... On our blog you will find inspiration, fresh ideas and useful tips on how to organize your dream wedding, engagement party, corporate event, or elegant get-together. We will be there for every step you take.